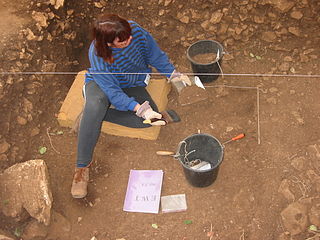 An explorer on an archaeological dig

About this time last year I was building toward the release of “The Soul Thief.” However, I was also working on its sequel, the just-published “The God of Battles,” and this year is no different, as I’m hard at work on the next story. It’s actually going to be a series of stories, acting as a “bridge” between Book Two and the final novel in the trilogy, tentatively entitled “The Lady of Light.”

I had started the stories as novellas, as I could not see how each one could fit within a shorter format. However, as work progressed, I realized that I did not want a long break between the Books. These “bridge” stories do not put Angela and her pals front-and center, after all, and they are ultimately the stars of this series. I’ve decided, therefore, to release the next stories as a short-story collection. I have considered publishing the stories in small groups, perhaps purely in e-book form as a serial. Once they’re all done, an omnibus in both e-book and print editions would complete the bridge.

The next story’s working title is “The Explorer.” I might wind up with a more imaginative title, but as the name suggests it is about an explorer. ‘Nuff said!